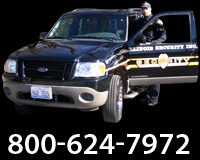 During his 29 year career with the Chicago Police Department, Robert Schaller received the prestigious Lambert Tree – Carter Harrison Award of Valor from the City of Chicago; the Department’s highest Award.  In addition, he  received The Superintendent’s Award of Valor, The Blue Star Award, Chicago Police Metal, Chicago Tribune Police Award, Chicago Sun-Times Award, WGN Television’s Officer of the Month Award, St. Jude’s Service Award, The Salvation Army Award for Distinguished Service and The Chicago Chamber of Commerce Service Award.  In addition, he  received three Unit Meritorious Awards and 25 Personal Department Commendations and over 250 Honorable Mentions and Letters of Commendation.  Named by Chicago Magazine as Police Office of the year, Robert Schaller was also featured on the popular television series “Top Cops” on May 14, 1992.

Robert Schaller had owned and operated Illinois Security Services for over 28 years.  He had personally supervised security operations for over 250 labor disputes nationwide and provided consulting and security services for over 500 companies during this time.  His services had been sought out by some of the nation’s most prestigious firms as well as foreign government.

Joann M. Schaller is the current CEO and President of Illinois Security Services, Inc.  Mrs. Schaller started in the Security Industry as the President and Owner of Illinois Security Alarms, Inc., a company that has been operating successfully for over fifteen years.  Mrs. Schaller has a history of working in customer relations and is praised for her strong work ethic combined with high principle standards.  Her experience and effective expertise has been imperative in ensuring the quality, trust, and prosperity that her husband has instilled in ISS for the past 28 years.

Kathleen M. Fleming is Vice President of Illinois Security Services Inc.  Ms. Fleming started at the South African Consulate in 1990 in the Administration Division overseeing all Security Personnel.   She was instrumental in organizing the security for “South Africa’s First Democratic Election”. For over fifteen years, Ms. Fleming held the position of Personal Assistant to the Consul General of the Republic of South Africa in Chicago and all of the Midwest.   She embraces a professional work ethic and is devoted to promoting quality service to all our clients.  Ms. Fleming has become an influential asset in the overall management, promotion and development of Illinois Security Services.